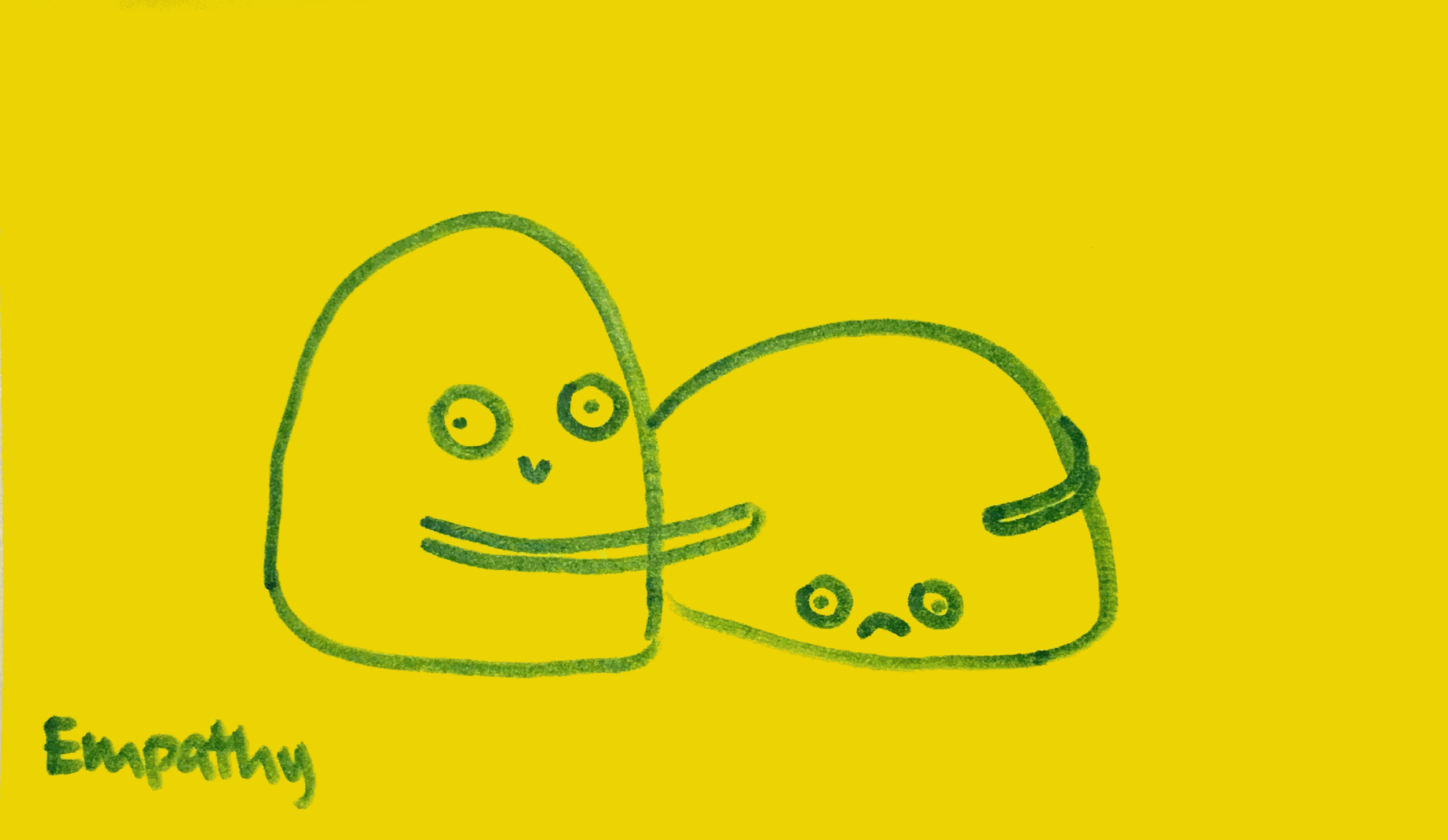 WHAT’S THE EMPATHY THEME ABOUT?

The Empathy StrengthsFinder theme is marked by the freedom of emotional expression. Those with the Empathy talent theme are keenly attuned to the emotions of those around them, and they bring an emotional depth and sense of safety to their relationships.

Those with the Empathy StrengthsFinder theme have an uncanny ability to hear the unspoken needs of the heart. Because they are able to put themselves in the shoes of the people around them, they can sense the emotions of others as though those feelings are their own. They may not necessarily agree with the person’s perspective, nor do they necessarily feel pity for the person (which would be sympathy rather than Empathy). They also may not necessarily agree with the choices that the person makes, but they do understand. Because of this ability to sense the feelings of those around them, they’re able to customize their emotional approaches with each person. They anticipate the needs, hear the unvoiced questions, and then find the right words and tone to give voice to these emotions — whether their own or those of the people around them.

Because they are incredibly attuned to emotions — both their own and those of the people around them — at times, those with the Empathy talent theme can be labelled volatile, prone to mood swings, and overly emotional. However, at its maturity, those with the Empathy StrengthsFinder theme are able to sense and give voice to these emotions, bringing deep emotional healing to others while possessing clear emotional boundaries.

The Empathy and Analytical StrengthsFinder themes are what we call polar opposites. While the Empathy talent theme often makes decisions based on how they or others around them feel, the Analytical talent theme makes decisions based on logic and hard facts. Empathy moves primarily by intuition; Analytical moves primarily by data. Empathy brings up the unvoiced concerns of the heart; Analytical brings up tough questions to dig for the root causes. Empathy builds trust through their ability to recognize and articulate complex emotions; Analytical builds trust through their objectivity in navigating conflicting sources of information. Empathy needs a positive emotional atmosphere to thrive; Analytical needs exact, well-researched data and patterns to flourish.

The Empathy and Relator StrengthsFinder themes are similar in that both bring an emotional depth to their relationships. However, I’d liken Empathy to an antenna that can sense the emotional frequencies being transmitted whenever they step into a room: individuals with Empathy are very likely to be able to sense when the morale of the team is low, or when someone in the room is struggling with certain feelings (even if they don’t know the person well). In contrast, those with Relator are attuned primarily to the feelings of people they’re close to. Because of the depth of connection and understanding they bring to their relationships, people with Relator can usually tell when something’s amiss with someone they care about. Empathy builds emotional safety in the relationship by displaying an instinctive ability to understand and value emotions; Relator builds emotional safety by displaying an instinctive ability to be vulnerable and genuine. Empathy builds trust by putting words to the emotions of others; Relator builds trust by opening up about their own feelings, fears, goals, and dreams.

The Empathy and Self-Assurance StrengthsFinder themes are also considered polar opposites: in fact, statistically speaking, they are highly unlikely to be found within the Top 5 StrengthsFinder results of a single person. Yet they are also somewhat similar in the sense that both tend to make decisions based on their instincts, rather than on logic. Empathy forms their judgments primarily based on their sensing of the emotions of their external environment, while Self-Assurance forms judgments primarily based on their internal compass. Empathy moves by their feelings or the feelings of others; Self-Assurance moves by their intuition. Empathy is drained when the emotions of their environment are unstable; Self-Assurance is drained when their self-concept has been knocked off-balance. Empathy feels fulfilled when they witness (or play an active role in) the happiness of others; Self-Assurance feels fulfilled when they take big risks and hit the ambitious goals they set out to accomplish.

DO YOU (OR SOMEONE YOU KNOW) HAVE THE Empathy THEME IN YOUR TOP 5?

What are your thoughts on the talent theme? I’d love to hear from you in the Comments section below!

5 Themes Most Likely to Have An Issue with StrengthsFinder