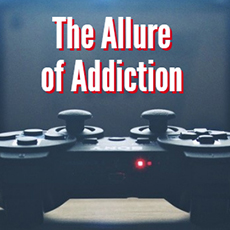 It was a little past 1 a.m., and I’d been out walking around my neighbourhood for 3 hours. I’d clocked over 20,000 steps on my Fitbit, and ventured into more dark alleys, desolate parking lots, and previously unexplored territories than I cared to count.

In the next 48 hours, I travelled to the far corners of our tiny little red-dot island in search of rarer, shinier, and stronger catches. While taking public transport, I’d refresh my app screen every few metres the bus travelled to see if any new landmarks or pixelated creatures would pop up so I could snag a few rewards.

I wasn’t the only one. Judging by the number of people I saw wandering around with their eyes glued to their phones – and the excited chatter from young adults camping out in front of houses, bus stops, and pavilions – the fever had gripped them just as much as it had gripped me.

Not long after, the police department started issuing reports of people getting killed in car accidents because they were too absorbed in their phones to pay attention to traffic as they crossed the roads. The landlords of my office building also started locking the gates at night because they’d had enough of people trespassing onto the grounds – all in the name of the fever.

What fever? Pokémon fever, of course.

Though the hype has died down somewhat since its launch over eight months ago, Pokémon Go still has a significant following of avid Pokémon hunters, ranging in ages from primary schoolers all the way to 67-year-old retirees.

Obviously, the appeal of the pocket-monster catching simulation transcends generational boundary lines. Yet these innate drivers aren’t a new phenomenon, as decades of video-, computer-, and phone-gaming addiction problems can attest.

Could our StrengthsFinder talent themes explain any of the underlying motivations behind certain gaming addictions?

Here’s my theory. (Fair warning: This is a tongue-in-cheek article, so take my theories with a grain of salt!)

How StrengthsFinder Connects with Pokémon Fever

A talent, if we were to pin a definition to it, is a naturally recurring pattern of thought, feeling, and behavior that can be productively applied.

But these naturally recurring patterns of thought, feeling, and behavior stem from certain needs and motivators. Just as our hunger would drive us to search for food, these needs drive us toward certain behaviors.

When I was getting sucked into the vortex of phone-gaming addiction, I realized that my behavior was actually fueled by a certain set of talent themes:

I interviewed a few of the friends who had been caught up in the Pokémon fever and yielded similar insights:

What about you? Did you find that any of your talent themes were contributing to the Pokémon fever (or any gaming addiction)? Drop me a comment below and let me know your thoughts!

By the way, in case you’re wondering: I deleted the app from my phone after the third day. As much as my Responsibility, Learner, and Achiever themes were piqued, my Belief theme compels me to align every part of my life with my vision and mission, so I couldn’t justify forsaking quality time with friends and not devoting 100% of my attention at the office to my work. So if you (or others you know) are caught up in the Pokémon fever and trying to get out – there’s hope!

DiSC vs StrengthsFinder [A Comprehensive Guide]